When Roosevelt became governor of New York in 1929, and particularly when he was elected president in 1932, Warm Springs entered a new era. Whenever Roosevelt arrived or departed, large crowds of local citizens and tourists assembled to greet him. The town also welcomed guests from around the nation and the world; scientists from Austria and Germany visited the Little White House, as did government leaders, national news correspondents, business leaders, and occasionally Hollywood stars. To accommodate the recurring flood of visitors, a new airport, Roosevelt Field, was built just north of town. In the decades since that time, the airport was a sleepy southern airfield without much activity.   Roosevelt Airfield is now the oldest operating airport in the State of Georgia. 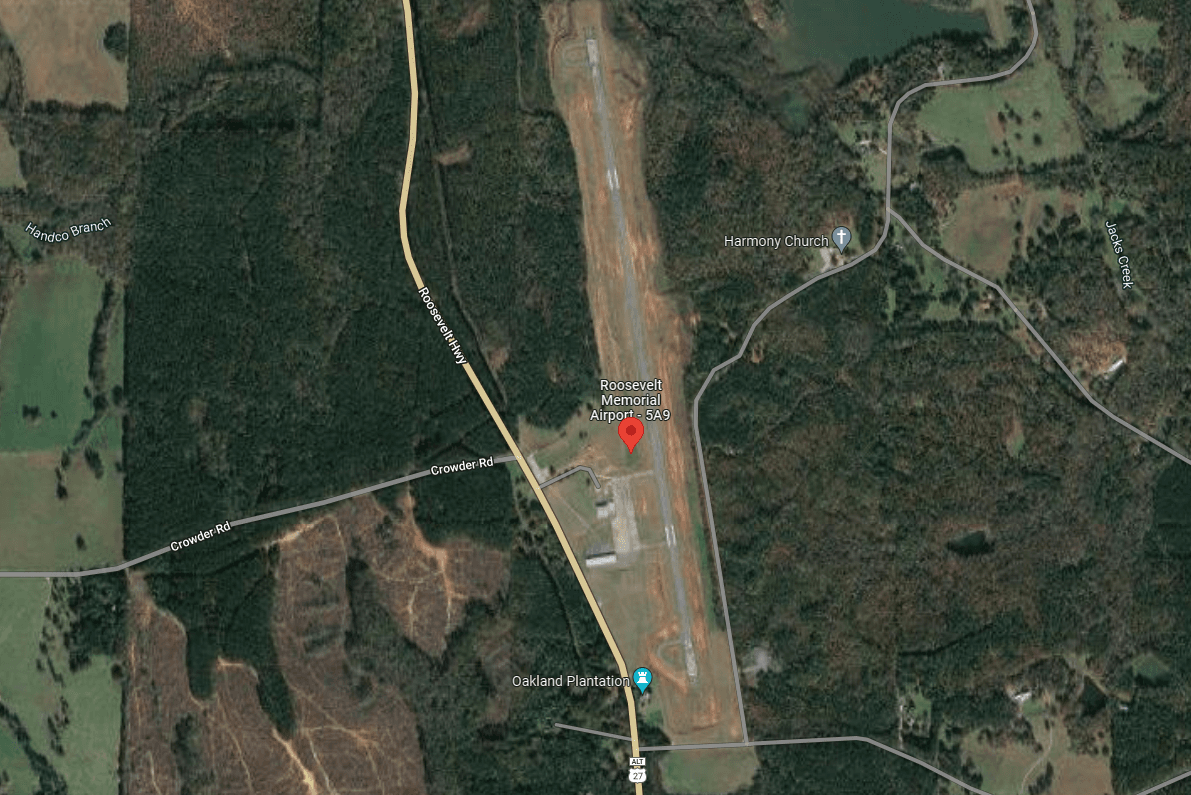 In the last few years there has been an increase in activity due to tourism and the expansion of bedroom communities in the counties to the north into Meriwether County.  The runway was lengthened to accommodate larger aircraft, a new self serve fuel farm installed, and an Automated Weather Operating System (AWOS) installed.  There are plans for an instrument approach as soon as FAA approval is obtained.  Most recently additional aircraft T-hangers and Box hangers have been built and are available for lease.  Application for a hanger lease and to be placed on the hanger wait list can be requested by completing the form below: